OBEDIENCE OF THE LAW MUST BE THE FIRST PRIORITY, FAILURE TO DO SO LEAVES NO EXCUSE FOR WHATEVER MAY HAPPEN
We all care about our loved ones. But, the only thing that keeps us from behaving like wild animals in the jungle is the law.

The law must be above all else and the top priority for the USA to remain a civilized nation.

The law must be respected and obeyed, period. We now have the law flaunted and disrespected in high places, and after years of our liberal entitlement welfare state many have succumbed to raw subjective emotionalism.

Whatever happened to the words “No one is above the law,” are they still valid?

You may want to be weak and stupid and live by the rules of the jungle with little or no respect for the law then have at it, just don’t include me.

I believe in “First things first,” period. The law is what protects us all, especially the poor and disadvantage.

Part of what’s wrong with this entitlement welfare state now is we have turned into a P…. society with less and less accountability. And it’s going to be our downfall, you mark my word.

Anyone that succumbs to the weakness of subjective emotionalism is a fool and loser, and is either ignorant or not dealing with a full deck in my view.

If one doesn’t love and support unconditional one’s own race he is without a true identity and can’t really be trusted.

It’s a fact we African Americans are without a true identity and is searching for love in all of the wrong places. I’ve heard the chant, black and proud and all of that, but in my view it is just words and lack substance.

We need to believe we as African Americans are as good as any race and need to take pride in behaving and obeying the law as well as any race. If you want to be treated with respect, then act like one deserving respect.

I believe we as a race can behave and obey the law as well as any race, and we as a race did too before our liberal entitlement welfare state came about.
SIRMANS LOG: 04 DECEMBER 2014, 1658 HOURS

SCROLL DOWN TO READ LATEST INJECTION:
WE AFRICAN AMERICANS HAS A PRIMITIVE HERD MENTALITY WITH VERY LITTLE FREE INDEPENDENT ACCOUNTABILITY THINKING AMONG US
Most African Americans have a bond to the democrat party like a child to its mother. And no amount of reasoning or logic can break that bond unless the child becomes a free independent minded thinker.

Natures law of “taking the course of least resistance” dictates that almost no one is going to become a free independent accountability thinker unless forced to.

The herd won’t allow free independent accountability thinking within the herd itself and even when an individual does it anyway he is branded a traitor or nut case.

Hell, I love my country the only home I know and I feel if you are wrong you deserve to be called out even if you are a sister, brother, or mother.

I don’t believe in pampering anyone, you are responsible for your own actions. To err is human, and forgiveness is the foundation of the Christian religion in my view.

I’m one that believes that civilization would never have gotten out of the Dark Age without the Christian religion and its power of forgiveness.

My God, I watch the local news almost everyday and its smash and grab, armed robbery, breaking and interring, muggings, and crime galore.

And guess who is doing almost all of this crime? You fill in the blank. Yet, all I hear from white liberals and black liberals is patronizing and misplaced guilt and no accountability what so ever, it’s insane.

Before the “New deal” a trip behind the shed or woodpile would always keep the would be future criminals on the straight and narrow good citizen course and out of prison.

Since that’s not done very much any more the best thing that would do the most good for young future black criminals would be medical supervised flogging.

Four or five hard lick on the ass would do far more good than 5-10 in the pen and it wouldn’t cost the tax payers. That would put a stop to this paying to produce a more harden and cunning criminal.

But, that will never happen, oh, no, we are too civilized for that, yet, the cancer of crime is splitting this great country into racial camps, duh.

Only one thing can save the great USA now: repeal the cruel evil 1938 socialist minimum wage law, then there will be no government forced wage control.

That would get rid of any forced wage control entirely. That is the only way this great nation can be saved from itself, period. Repeal it now tomorrow may be too late.
SIRMANS LOG: 30 NOVEMBER 2014, 2123 HOURS


INJECTION: 02 DECEMBER 2014, 1232 HOURS
A huge disadvantage with African Americans having a herd mentality is it has allows a very few poverty pimps to exploit and keep alive this still-a-victim big, big, big, lie.

And as long as we have our liberal induced welfare state I see very little chance of African Americans ever being forced to take responsibility and stand on their own to gain a do-and-think-for -yourself mentality.

Sure, I may be hated for my views now, but there will come a day when I will be loved for my great wisdom and foresight, glory be to God.

Just look at our African American situation, in some neighborhoods there is not a husband to be found for miles. And even if you can find a man living in some of the homes all he is there for is companionship and stud service at her whim.

Uncle Sam is the real sugar daddy, a poor man can’t compete. Come on y’all give me a break now, instead of all of this rioting we as a race ought to be cleaning up our own house.

We ought to be instilling in our young discipline and self-respect and respect for other people and their property, too. Shame on us for not knowing how to behave and obey the law like other races does.

Other races have eyes; they see who is committing all of these crimes. Reality is reality, don’t insult my intelligence.

Sure, we as race are guilty of keeping a child’s mentality including a fierce sibling rivalry against those who look like us.

That is why African Americans can’t advance as a race; we won’t readily support each other in business or otherwise unless there is no other good choice. And even our elites will try to get as far away from an all black neighborhood as they can afford.

All other races create different pecking order level surrounding zones in their own race's community, lets face facts, and it takes an independent minded adult to escape childhood sibling rivalry.

And the first thing it takes to do that is the ability to forgive all people. Otherwise, un-forgiveness locks one in to that situation, then if one is still hating and un-forgiving seventy years later they will still have that fierce dependent minded sibling rivalry from childhood.

To escape here is a simple formula to repeat to yourself over and over until you mean it: “I can wish all people goodwill (through God who strengthens me), optional if you are a Christian.” That will free one to become an independent thinker.

I never intended to get sidetracked off into all of this theory stuff, it seems as if my pen took on a life of its own, sorry. Sure, we as a race have some guilt in my view, but again the real arch villain behind the scene is the heavy hand of our liberal induced welfare state beast pulling the strings.

However, before the new deal African Americans had almost thrown off their dependency minded slave mentality, but the welfare state nipped all of that in the bud.

Before the new deal blacks supported each other, and we had poor, middle class, and upper class zones in the same community. Plus, we had far more black owned businesses than today. Every town had a booming chitlin's circuit and great entertainment.

We were about to become of age. But, the New deal kicked the poor black man out of the house. After that no one instilled discipline, proper norms, and traditions in our young and we lost our way.

After all of that our dependency minded slave mentality returned with a vengeance and the democrat party and the welfare state is now our new slave masters.

SCROLL DOWN TO THE VERY BOTTOM AND CLICK ON OLDER POST TO CONTINUE READING > >
Posted by Freddie L Sirmans, Sr. at 7:21 PM 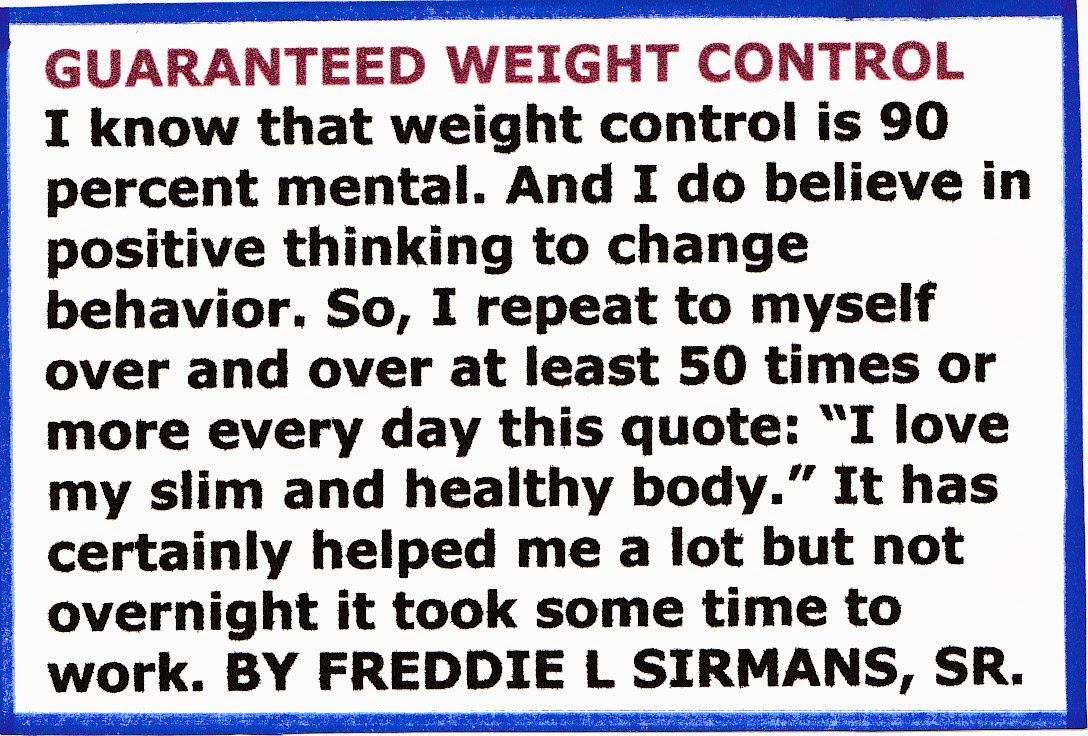 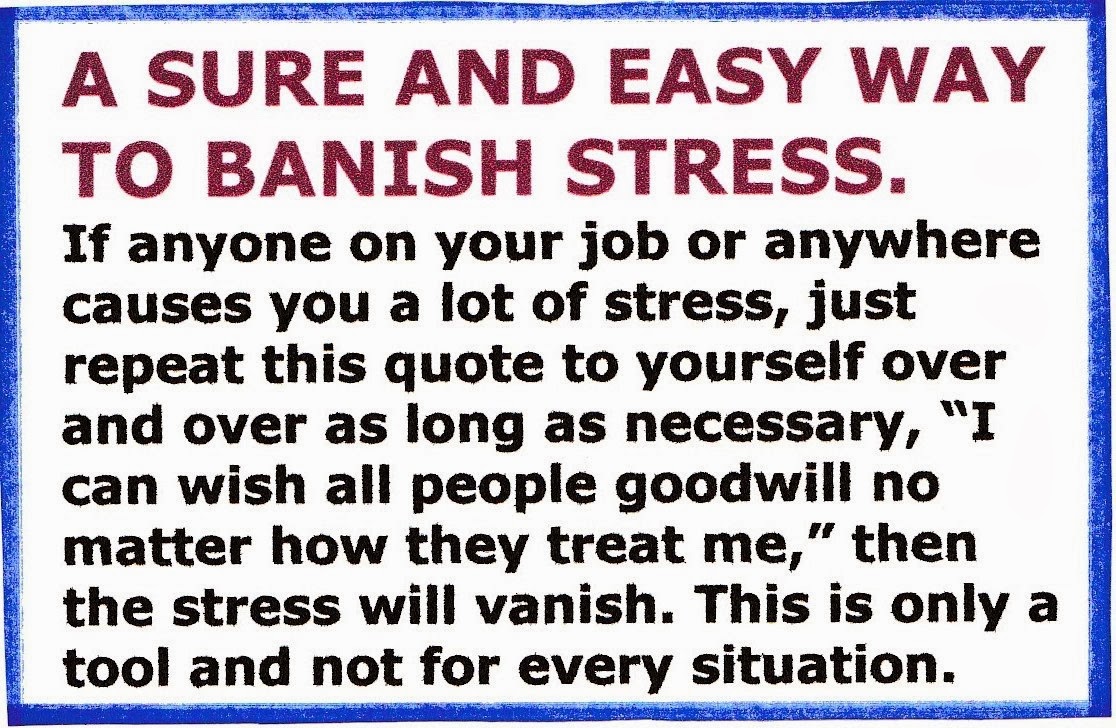